It’s all systems go for the inaugural WesBank Fuel Economy Tour, in partnership with FNB. The tour which takes place from 12 to 16 November, will see participants drive through five provinces – from Johannesburg to Cape Town via Durban, East London, Port Elizabeth and George – with a total combined distance of 2500km. 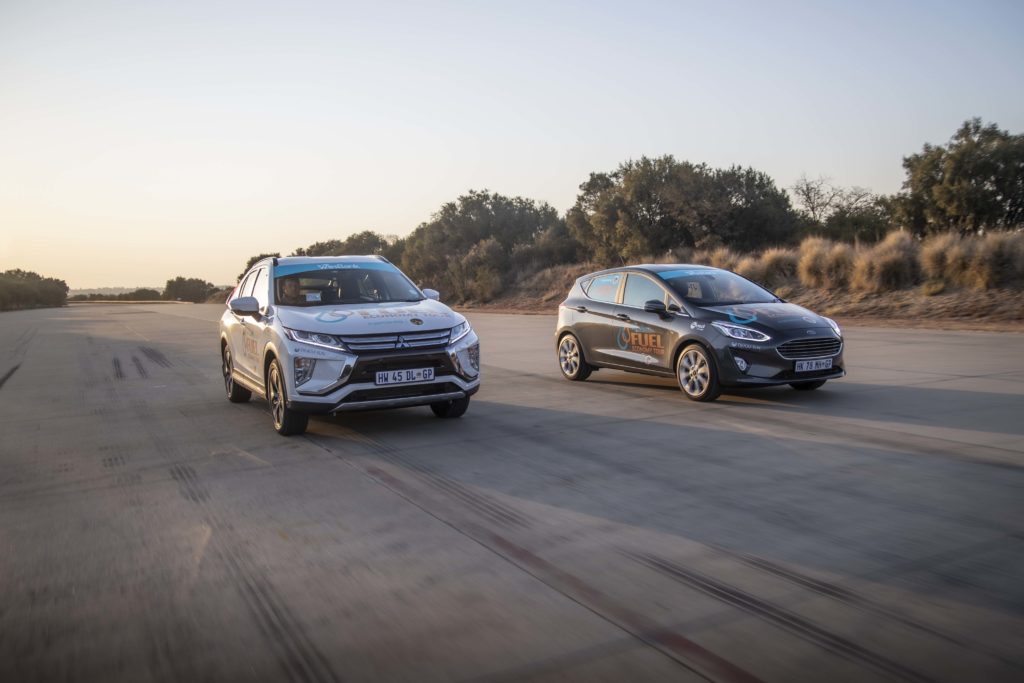 Charl Wilken of Wilken Communications Management, Chief Organiser of the event, comments: “We have an entry of 40 cars from 12 motoring brands, an interesting route over major roads and the backing of two enthusiastic sponsors in WesBank and FNB. We aim to provide the South African public with fuel consumption figures that are relevant to going on a road trip using main roads.”

The 40 vehicles are divided into classes, based on a variety of factors, such as engine capacity, petrol, diesel or hybrid, turbocharged or normally aspirated. The only hybrid entered is the Lexus UX, that will be crewed by Khulekani Dumisa and Sala Masindane.

The drivers and navigators make up the widest spread in terms of demographics and gender in any event of this nature staged in South Africa.

The entry even includes two teams from Uganda who have previously competed in the African Rally Championship, namely Joseph Waiswa and Jared Calera, who will be driving a Hyundai Tucson 2.0D, while Ketende Mukiibi and Jeff Kabagambe will be competing in a Toyota RAV4 2.0GX.

In addition, there will be two team-support vehicles and 13 vehicles to be used by the organising team, making a convoy of 55 vehicles. A total of 120 people will be involved in the 2019 Fuel Economy Tour.

Leading vehicle tracking and telematics provider, Ctrack will monitor the vehicles in real time on the route regarding obeying traffic rules and sticking to the designated route and time schedule. Ctrack will fit tracking devices to the participating vehicles, and each of them will also have dash cameras to monitor driving behaviour.

The cars will set off from the WesBank head office building in Fairland, Johannesburg on 12 November.

The main objective is to provide consumers and fleet buyers with realistic fuel consumption figures obtained on a road trip on main roads in South Africa, using a variety of vehicles.

Currently vehicle buyers have only got access to manufacturers’ fuel consumption figures obtained in laboratory test conditions, and those in a few motoring magazines. Now all the cars will be driven on the same roads, under the same weather conditions and time of day, the fuel consumption of similar specification vehicles can now be compared directly, which would ultimately benefit consumers in making a more informed buy when purchasing a new or even a used vehicle.

Not only will the Fuel Economy Tour produce real-life fuel consumption figures, but also travelling times between these cities which are all on major holiday routes.

There is also good support for the social responsibility project that will take place at two rural schools – one in Pietermaritzburg on November 12 and the other in Butterworth on November 13 during the Economy Tour. Approximately R100 000 worth of books and sports equipment – donated by Honda, Hyundai, Mitsubishi, Nissan, Renault, Suzuki and Toyota – will be donated to the schools on these two days. This project to provide books and sports equipment to rural schools is driven by the READ Educational Trust, a South African NGO that has been operating for the past 22 years.