Many tales of epic fuel consumption drives in South Africa

South Africa must, arguably, have had more long-distance fuel economy drive attempts than most other countries in the world, showing the interest by vehicle manufacturers and ancillary suppliers such as fuel, lubricant, and tyre makers in fuel economy. 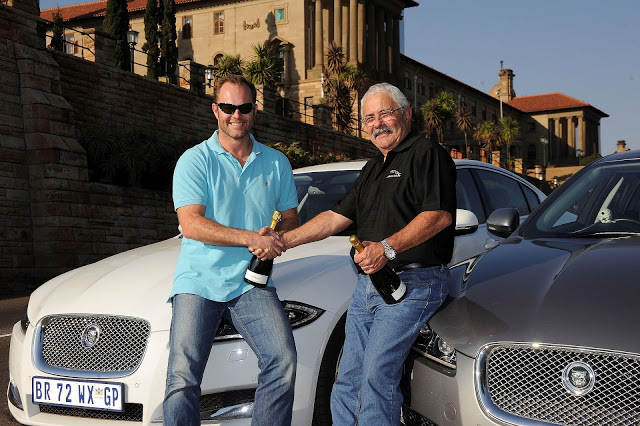 Besides official events such as the Mobilgas Economy Run (staged in South Africa in 1955) and Total Economy Run there have been many independent long-distance economy drives, usually with an observer to see that there is no coasting and that rules of the road are obeyed.

Malcolm Kinsey, a Durban-based motoring journalist, has been involved in many of these organised events, including 25 Total Economy Runs, as well as independent long distance runs which show the benefit of careful driving in terms of saving increasingly expensive fuel.

For instance Malcolm rose to the challenge at the launch of the Chrysler Voyager diesel in 2001 when Chrysler SA said that this multi-purpose people-carrier, with two people aboard, had set the official world distance record of 1 725 km on a tank of fuel in Belgium, averaging 76 km/h for the trip.

Malcolm proposal, which was accepted by Chrysler SA, was to attempt a more realistic run. This mean taking a family of six adults, plus luggage, on a journey from Durban to cape Town at an average speed of 80 km/h. The tank was filled with 82.65 litres of fuel and the 2.5-litre turbo diesel engine powered the Voyager not only from the Durban City Hall to the Cape Town City Hall, but also travelled almost to Llandudno – distance of 1 672 km. This equated to 4.94 l/100 km at an average speed of 80.58 km/h.

Malcolm was also part of a six-person team which drove a Volkswagen Golf 1.6 TDi Blue Motion from Beit Bridge to Cape Town in 2012 without refuelling. The hatchback travelled 1 941 km, achieving 3.29 l/100 km. The standard fuel tank takes 55 litres, but the team squeezed in another 10 litres by rocking the car and drip-feeding the fuel nozzle.

Multiple South African rally champion and Springbok cyclists Jan Hettema acted as an official observer, while the other drivers, besides Malcolm, were Rod Kinsey (his cousin and a Volkswagen dealer), Schalk van Heerden, Hubert Phelix and Alan Ranjith. The journey took 2.5 days with drivers taking two-hour stints at the wheel. “We remained confident even when the low fuel warning light came on with 120 km still to travel to the finish in Cape Town,” commented Malcolm.

Rod Kinsey’s plan came together in 2016. The cars he chose for the attempt to cover more than 2 000 km on a single tank of fuel were a Porsche Panamera 3.0 V6 Diesel and a Volkswagen Passat 1.4 TSi petrol.

Unfortunately, Jan Hettema who was to have been the official observer and judge of fact was shot and killed on his small holding near Cullinan a few weeks before the attempt. Cobus Grobbelaar, an experienced economy run driver and event organiser, took over the official duties.

The extensive drive had the backing of Continental Tyres (both cars were fitted with ContiSportContact 5 tyres), Porsche SA, Volkswagen SA, Total Oil and CAR magazine.

The Passat ran out of fuel on the N7 approaching Mooreesburg, having covered 2 029 km at 4.11 l/100 km. The Panamera continued to Piketberg where the crew reported to the local police station and then turned around and headed back towards Cape Town. The big Porsche eventually ran out of fuel after covering 2 201 km at 4.91 l/100 km.

It was a case of “mission accomplished” by setting new SA records for the distance driven by petrol- and diesel-engined on a single tank of fuel.

Johannesburg to Cape Town on one tank of fuel

Willie Nel got the tongues wagging when he drove a Camry 200 Si from Johannesburg to Cape Town on one tank of fuel in 1996. The Camry averaged 4.3 l/100km at an average speed of 80 km/h, with Jan Hettema traveling with him as an official observer. This was believed to be the first time that a petrol-engined car had managed to do this trip without refuelling and the feat got several other people and companies in setting up these types of records. 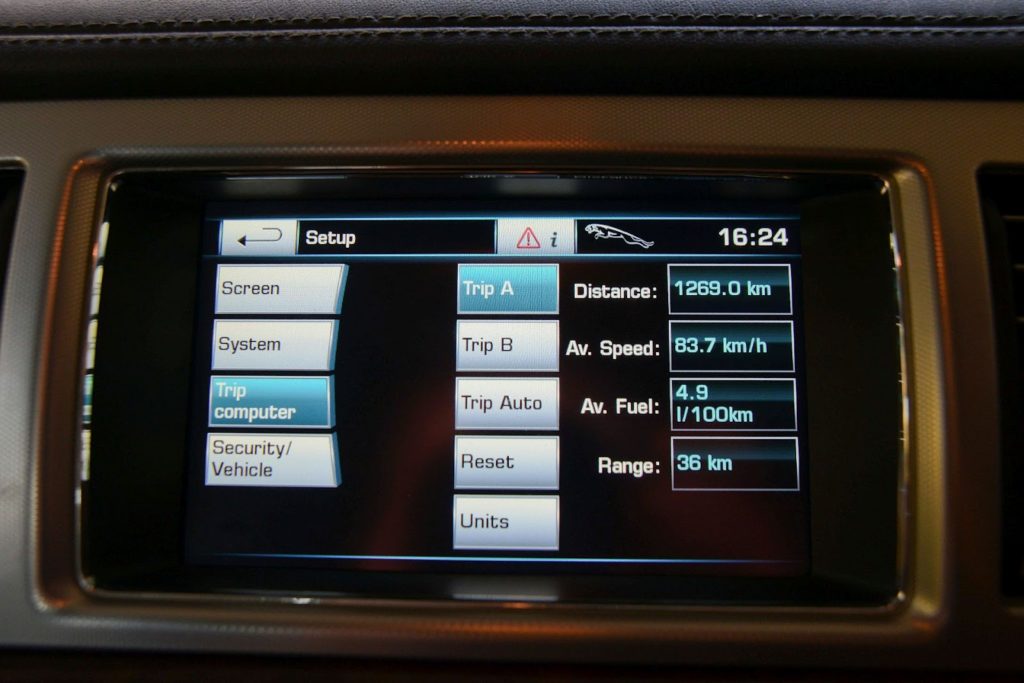 Nel, a person who loves nothing better than being behind the wheel of any type of vehicle, made himself a living legend when he set a new Guinness Book of Records entry for the most distance driven in one car in a year. He drove an Opel Monza 1800 GLX for 500 000 km in 12 months to beat the previous record by 100 000 km. His average fuel consumption for this marathon drive was 6.3 l/100km.

Nel drove in all 36 Total Economy Runs, starting with a Citroen and ending at the wheel of a Ford. During this spell he notched up a host of class wins and has always been a benchmark for economical driving.

Windhoek to Cape Town on one tank of fuel

Another epic drive by Willie Nel was at the wheel of a Camry 220 GL in 2003 when he drove from Windhoek to Cape Town – 1 457 km at 4.9 l/100km – at an average speed of 80 km/h. The low fuel warning light came on almost 200 km from the destination. Nel had to contend with headwinds and high temperatures on this trip – 440C outside and 530 C inside the car as he was not using the air conditioning. The journey lasted just over 18 hours including stops, with the car almost running out of fuel at Bloubergstrand.

This time Willie Nel traversed the centre of Southern Africa, from Swakopmund to Maputo from coast-to-coast on one tank of fuel in a Toyota Prado diesel, averaging 5.6 l/100 km for the 1 670 km journey.

Gaborone-Pretoria-Swaziland-Maputo on one tank of fuel

Another of Nel’s achievements was driving a Nissan Micra from Gaborone in Botswana to Maputo in Mozambique, via Pretoria and Swaziland – a distance of 900 km – in one day. Average fuel consumption was a miserly 3.3 l/100 km.

Cape Town to Pretoria on one tank of fuel

Roger Rouessart is another regular and successful competitor in the Total Economy Run who has also undertaken some epic drives on one tank of fuel. He competed in 35 of the 36 Total Economy Runs that were held and scored many class wins as well as taking an overall win.

Roger’s first long run was in 1997 when he drove a Ford Escort 1.8-litre turbo diesel 1 450 km from the Houses of Parliament in Cape Town to the Union Buildings in Pretoria. Roger, who was accompanied by observer Jan Hettema of Motorsport SA on the 18-hour non-stop drive, had earlier in the year recorded the lowest fuel consumption in the Total Economy Run in an identical Escort.

Rouessart said on arrival in Pretoria that he believed he could still have driven to Polokwane with the fuel remaining in the tank. Average speed for the run was 81 km/h.

Another epic trip undertaken by Roger Rouessart was to drive a Jaguar XF 2.2 turbo diesel from the Union Buildings in Pretoria to the Durban beachfront and then back to Pretoria on one tank of diesel fuel. The trip was monitored by Richard Carstens on behalf of Motorsport SA. 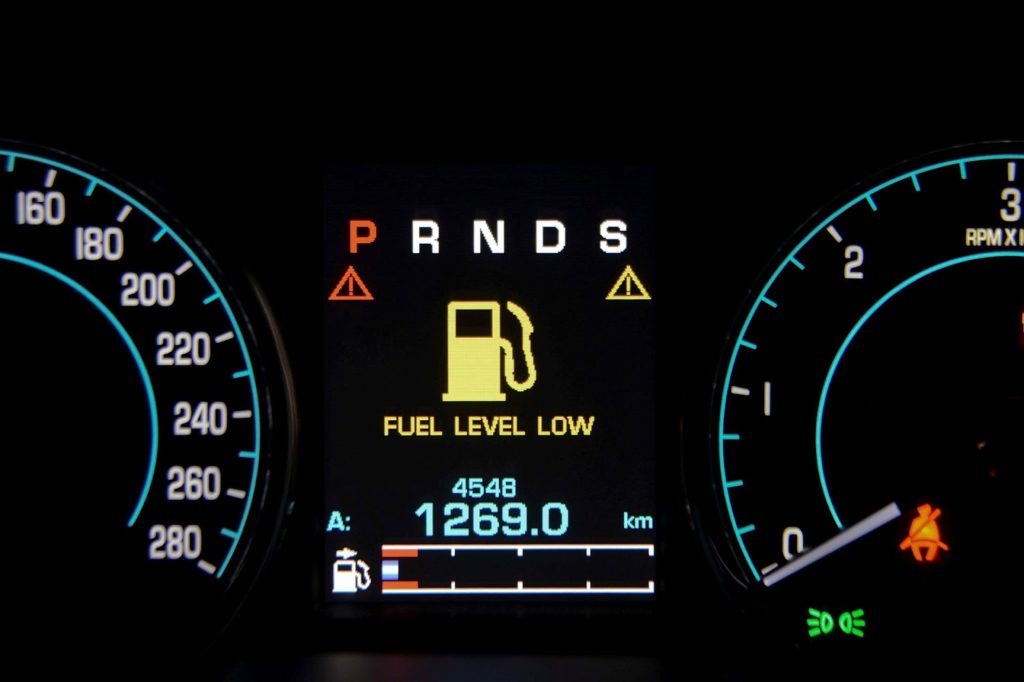 Roger also evaluated the fuel economy of a Jaguar F-Pace sports car when he joined the competitors in the 2017 Motorcycle Economy Run in the Free State, and he beat some of the four-cylinder 1 600cc BMW tourers with the 2-litre turbocharged F-Pace