Steady increase in the cost of motoring

John and Helen Taylor are besotted with driving cars, whether it is to set speed and distance or fuel consumption records. The Taylors, who now live in Australia, have set 46 speed and 47 speed economy records over the years, dating back to the 1980’s. 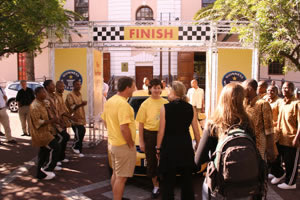 Much of their time is spent educating fleet operators and governments on ways to reduce fuel usage. They also stressed how being an observant driver by always being aware of traffic conditions around your vehicle will make you a safer driver.

There are 27 fuel saving tips on their website (www.fuelacademy.com) and here are some of them