93 or 95 Octane – Which petrol grade is best for your vehicle?

Most countries in Africa lag far behind the major countries in the world in terms of the quality of fuel available to motorists and transport countries. This results in Africa becoming one of the world’s fastest developing air polluters, according to Nissan Group of Africa sales and operations director, Jim Dando, in an article written by Irma Venter in Engineering News. 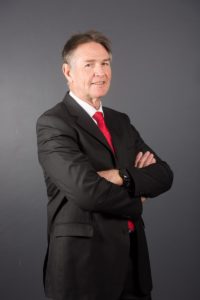 Dando says there are currently 45-million vehicles in Africa at 27 vehicles per 1 000 inhabitants, compared with 481 vehicles per 1 000 people in the United Kingdom, for instance. However, by 2040, the World Bank expects there will be nearly 137 million more light duty vehicles on African roads than in 2015.

“This is a wonderful as an indicator of economic development, but hugely problematic when one considers that most of these vehicles will be second-hand imports. The impact on air quality will be huge and already, there has been an increase of 75% in vehicle emissions in Africa between 2000 and 2016,” said Dando.

According to Dando there are only two solutions for this looming environmental crisis: improving the fuel quality by legislating for cleaner fuels and ensuring that only vehicles with the best emission control technology are sold in African countries.

“It doesn’t help to have the latest Euro standard vehicles on African roads if they can’t run efficiently on the fuel that is available,” adds Dando.

Only 12 African countries – including South Africa – have adopted low sulphur fuels – fuel with no more than 50 parts of sulphur per million (ppm), but ideally 10 or 15 ppm fuels are required for the latest Euro 5 engines. Seven countries in Southern Africa have adopted 50 ppm sulphur levels, with an eighth in transition, while South Africa itself faces the pressing need for investment to upgrade its refineries to produce cleaner fuels.

“Africa has to move quickly or face falling further and further behind the rest of the world, with the only guarantee being a continued fall in the standard of air quality,” emphasises Nissan’s Dando.