Those were the days! (When petrol was cheap!)

Drone strikes on Saudi Arabia’s Abqaiq oil refinery have wrought chaos on world oil markets and made the forecasting of the oil price more difficult. This is according to the Automobile Association (AA), which was commenting on unaudited mid-month fuel price data released by the Central Energy Fund. 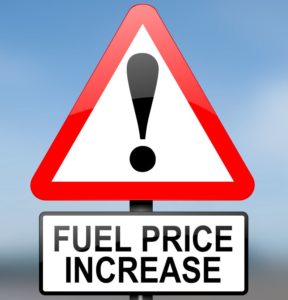 “The refinery strike was a game-changer for the way oil price stability is viewed. At a single stroke, five to seven percent of the world’s oil output has been wiped from the board, leading oil prices to surge disproportionately,” says the AA.

The effect of the attacks has begun to feed into the South African fuel price picture.

Diesel, already set for an increase by last Friday, has swung further into the red, with an increase of 13 cents a litre now forecast.  Illuminating paraffin has followed suit, with an eight cent rise on the cards. All grades of petrol were showing a decrease on Friday, but this has narrowed, from eleven to five cents in the case of 95 octane, and 25 to 20 cents for 93 octane.

The outlook will change before month-end

The AA says because of the volatility of the factors which influence the local fuel price, movements are likely and the outlook will change before month-end.

“The US President has authorised the release of oil from that country’s Strategic Petroleum Reserve. This should calm some oil price nerves, but the potential for copycat attacks on other oil installations now that their vulnerability is clear remains a concern,” says the AA.

The country cannot ignore the risk of fuel shortages

The Association notes that South Africa’s heavy reliance on petroleum imports is worrying. In an era where many millions of barrels of production capacity could be removed in an instant, the country cannot ignore the risk of fuel shortages or crippling price increases which are disconnected from normal supply-and-demand cycles.